Establishment and Objectives of the Fisheries Agency 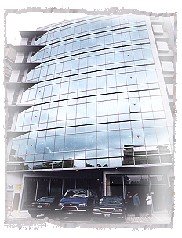 Fishery is an important industry in a maritime economy. In the past 50 years, there has been remarkable outcome in the fishery development in Taiwan. However, the overall global environment of fishery has changed drastically in recent years, as seen by the extension of exclusive economic zones (EEZ) by coastal States, coupling with the growing international concern on the conservation of fisheries resources, and additionally, the practice of responsible fisheries and the growing stringent conditions laid on freedom of fishing on the high seas. To cope with such changes, in order to maintain the fishing interests on the high seas, it is important for Taiwan to actively participate in various international fisheries organizations as well as exercise responsible fisheries. Within the country, due to the rapid development of industry and commerce, there has been a significant outflow of work force from fishing villages, resulting aging of the fishing labors. More importantly, contamination of coastal and offshore waters has caused decreasing of fisheries resources, and overuse of water and land resources by aquaculture has also deteriorated the environment of fish farming. Therefore, the future work of the government will focus on the maintenance of orderly coastal and offshore fishing in parallel with fishery resources enhancement, and the promotion of aquaculture that is in harmony with the environment. Further, in order to maintain sustainable operation of the fishery industry, such issues as trade liberalization, industry globalization, maintenance of industry competiveness, and minimization of operation costs should not be disregarded.

On August 1st, 2000, the Southern Taiwan Office was established in Kaohsiung as a duty-allocation unit. On October 29th, 2007, the Fisheries Agency moved to Kaohsiung to continue providing various services to fishing people there. Likewise, the Southern Taiwan Office was renamed the Public Service Center. At the same time, the Northern Taiwan Office was established in Taipei to continue servicing fishing people there. In order to offer bi-lingual services, the original administration was renamed the Fisheries Administration. Later, it was modified to be the Fisheries Agency by the Executive Yuan, it was approved and modified on April 14 2003 to be Fisher Agency by Executive Yuan in accordance with Yuan-Tai-Chiao No. 0920018239.

On August 1st 2000, the Southern Taiwan Office was established in the form of a taskforce. In line with the then policy of the government for relocating agencies to the southern part of Taiwan, the Fisheries Agency was relocated to Kaohsiung on October 29th, 2007. In order to enhance the service in the southern part of the island, the Southern Taiwan Office was renamed as Public Service Center, and at the same time the Taipei Area Office was established. To meet the official names and terms for government agencies under the government’s program of bi-linguist, in accordance with the Executive Yuan’s letter of April 14th 2003 (No. Yuan-Tai-Jiou 0920018239), the original name of the agency “Fisheries Administration” was changed to “Fisheries Agency”.

In June 2008, the response to the appeal from 40 fishery associations with the hope that the Fisheries Agency be moved back to the northern part of the country in order to facilitate its administrative work, the businesses of the Fisheries Agency of intra-departmental in nature and those involving policies decisions were moved to Taipei.

Back to Previous Page Back to List
Back to Top